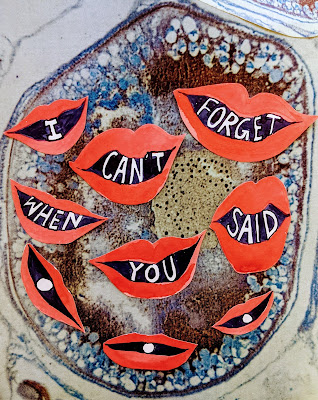 JOKAklubi´s song trilogy was finalised 13 March 2021 when their third
"I Cant´Forget When You Said" was released as part of Kismet exhibition at SCOTTY, Berlin. In the songs JOKAklubi sings sentences collected from people. The names of the songs explain it all – the first two ones are called "I Almost Said" and "I Shouldn´t Have Said".